Standing 6’5”tall Bart’s pedigree is one of athletic proficiency....Maybe the best athlete on the White Sox roster....Representative of new breed of player....floppy haired, outspoken with the brash declaration to be able to play a position spot when not pitching ...ala Babe Ruth....and/or play professional basketball in the off season....Ala as Dave DeBusschere did a decade earlier on south side of Chicago....had 22 point per game average as a BYU cager, drawing the eye of Seattle Super Sonic coach Bill Russell....Chose baseball where he felt he could excel....Up and down career greatly hampered by injuries....Debut with White Sox at age 19 in 1969....Career went on the upswing with the arrival of pitching Johnny Sain circa 1971....W-L record of 12-10 as both a fifth starter and their top reliever....Considered the hardest Pale Hose thrower at the time, more impressive given his peers were Terry Forrester and “Goose” Gossage....multiple injuries resulted in a disastrous 1972 start going 0-3 with 9.22 ERA... Strangely turned to being a position player after being demoted to the minors....hit very well, a combined BA of .316 for single A Appleton and AA Knoxville (interestingly he did not pitch at AA) which added credence to his personal position player claim ....nevertheless reverted back to the mound in 1973...appeared to have made a partial return to glory with a 10-7 record in 1974....Unfortunately lost out on the entire 1975 season due to a spring training back injury....career lost momentum from there on....went 13-21 with an elevated ERA over the next two year....had brief forays in minors for next three years....went into scouting but also tried a comeback in 1985..passed away in April 2020... It’s not a good thing if your nickname is “Toys in the Attic”....Which aside from being an early Aerosmith album the term is a metaphor for insanity...hmmm....interesting baseball journey. 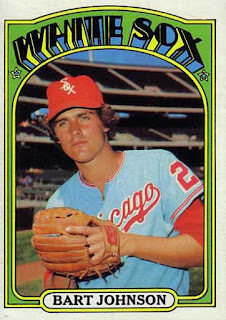 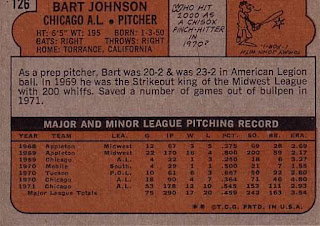 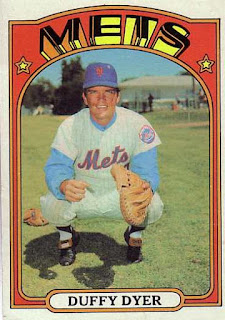 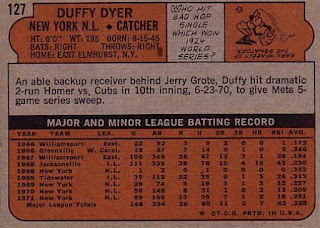 Quietly and unassumingly one of the most consistent relievers in the AL....his prime was buoyed by a second to none starting staff that established a complete game took off a tremendous burden....usual was well rested between appearances....started off for Orioles in their historic WS run of 1966....was a swingman in the rotation 43 games with 14 starts.....9-7 record....set several career highs in rookie year....Despite his contribution no post season work....with complete games being the norm in the WS, he wasn’t needed.....1967 starts a run of exclusive fireman role and stingy ERAs under 2.5 runs a game....A vital part of a mop up crew by committee....his role kept his total saves lower than average....Two campaigns stand out....1969 saved 16 games along a 1.65 ERA both personal bests.....1971 sported a 1.87 ERA despite a mid season injury that may have effectiveness.... with 11 saves accounted for half of the O’s season total....had pinpoint control by walking only 8 batters in his 40 innings....1972 and 1973  surrendered more work to eventual successors like Grant Jackson and Bob Reynolds.... Acquired by the Phillies in a cash only deal 1974....Still led the club in saves but ERA ballooned....Going for youth, released by the Phillies.....scooped up by the Cubs but was relegated mostly to the minors and an unsuccessful 6 game trial in Chicago....In an effort to return to the majors played two years in Padres AAA club in Hawaii...With his prospects diminishing went into a four stint of managing...Once recognized as a good hitting pitcher....hit .302 in rookie season but as his role of a late inning specialist limited plate time....went 1 for 32 from 1968 on. 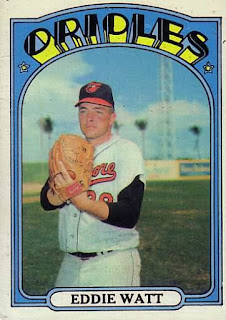 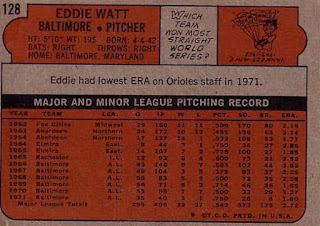 A true company man....long time Giant farm system skipper elevated to the big club....ironically grew up near the Polo Grounds and was part of NY devoted population....spent much of his early career in the late 40’s and 50’s being player/manager  for the St. Cloud Rox of the Northern League...future stars Willie Kirkland, Leon Wagner, and Orlando Cepeda passed along the way....In the 60’s moved to the Giant’s scouting corps, managing Arizona Winter League in the Phoenix area and third base coaching with Giants....managed at AAA level in Tacoma 1964 and Phoenix 1969....brought in to an underachieving and  floundering SF Giant team in 1970....at the time was four games under .500....produced a squad finishing 10 games above .500....follows up in 1971 with a hard fought West Division pennant and a first time birth in the NLCS....took home Sporting News Manager of the year award....it came crashing down however as 1972 uncovered an aging, often injured roster....subsequent years brought on see-saw results....dismissed mid season 1974....was able to resurface twice in MLB as an interim managers..... also rans Montreal (1976) and Chicago Cubs (1983).....hence served in various baseball capacities from scout to all the way up to Expos GM....As a player at the very start of career was able to make the NY Giants for 3 games in 1942....further time in a MLB uniform was blocked by catcher Wes Westrum who would be eventually be a Giant coach under Fox....known as an easygoing manager by players....recalled as having a talent for storytelling aided by a light Irish wit....passed away 2004 at age 82. 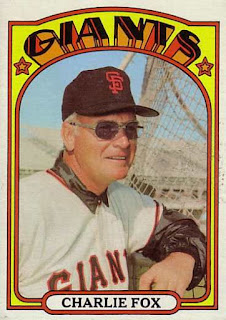 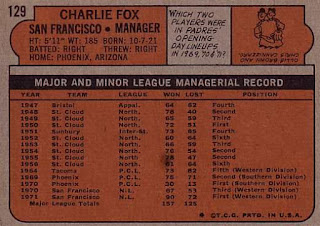 An exceptional career....intimidation factor on the field incomparable, maybe only Don Drysdale came close in his class....Tour de force on the mound in the 60’s and the early 70's....So many strengths....A player you did want him on your side, not against you...he was a Cardinal red from beginning to end.....Three time postseason virtuoso regardless of series outcome....a 7-2 W-L record in 9 complete games over three fall classics....owns two WS MVP awards....a clean sweep eluded him via the Cardinal seventh game loss to the Tigers in 1968....the only setback capping a MVP and Cy Young winning year....the astonishing regular season ERA of 1.12.....incredibly logged 28 complete games in  34 starts along with 22 wins....seemingly a manager dared not to take him out of a game...a stat impossible by today’s standards even when it is compared to MLB yearly total....post game he was aloof and distant, Gibson’s passion and drive to win was put out on the ball yard...sometimes to the consternation of teammates and press...spent a 4 month stint with basketball Harlem Globetrotters before professional play.....signed by the St Louis Cardinals and conveniently assigned to AAA squad in his hometown of Omaha Nebraska....Career might have never took off if it wasn't for manager Johnny Keane....the helmsman in Omaha, Keane saw what Gibson could be....Career flourished when they were reunited under the Gateway Arch erasing Gibby's first two underwhelming seasons that were plagued by racial undertones....Keane left after the 1964 championship but Hoot didn’t miss a beat with successor Red Schoendienst in 1965....won at least 20 games five times under Red's command....in all likelihood would have vied for a 6 consecutive year stretch if not for an injury midseason 1967 leaving him with 13 win....made up for his absence in 1967 WS....1970 his last year of 20+ wins, awarded him with his second Cy Young award....slipped a bit in 1971 with a 16-13 record but was able to get his only no hitter of his career vs. the eventual World Champion Pirates....against age and time puts together his last great season in 1972 winning 19 contests and lowering his ERA by half a point.... Exited playing after 1975 season as his effectiveness diminished....logged 255 complete games, it would take an estimated 7 seven years for all of baseball to match that total....took 9 consecutive gold glove awards and four time league shutout leader....no slouch with a bat either...went yard 24 times in the regular season plus add two in the World Series...Well know in baseball circles for his hospitality off the field...HOF inductee in 1981....recently passed away in October 2020 succeeding teammate Lou Brock by a month. 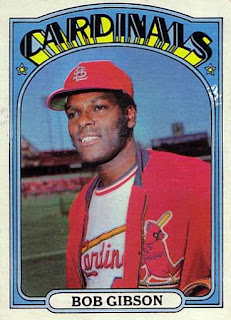 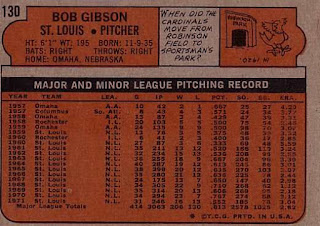 Note to Twins franchise....if a time machine becomes available, trade Jim Nettles....Not Craig, his far better known, multiple all star, brother....Twins could have greatly benefitted by keeping the consistent, solid 3rd baseman for the following decade and beyond.....After the trade Jim was left in the shadows to hold up the Nettles name in the upper Midwest....drafted 4th round 1968 climbed his up the Twins farm system....made a nice transition essentially from Northern League 1968 to AAA 1970 (lost most of 1969 season to military service)...1971 rookie year hit .250 in part time work which was passable at best....could not follow up and only hit .204 in 1972....returned to minors for most of his career....run of the mill stats in AAA but hung on to be an active player into early 80’s....journey included stops in the Mexican and Japanese league....was able to resurface in the show for the briefest of times.....42 games with the Tigers in 1974....11 games for the Royals in 1979.....one at bat for the Athletics in 1981....turned to managing in the lower minors after playing.....at the service of Oakland, Seattle, and Toronto organizations. 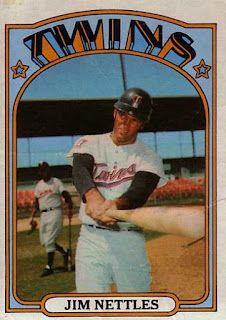 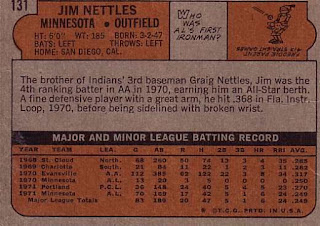 Recently in the news, having passed away October 2020....HOF career in three acts....First act;  Joe was as a very good Colt .45/Astro second baseman whose output was hampered by injuries, a poor hitter’s park, and questionable managerial relations....how good?  2nd in ROY 1965, once led NL in walks and once led league in triples....was part of an all first year player starting lineup in late 1963....two time all star but toiled in relative obscurity in Texas....Second act starts in 1972 as Joe is dealt to Reds ...Instant offense!.....elevates himself into superstar status and significant in Cincinnati’s establishment as a perennial NL powerhouse for years to come....First season in Queen City leads NL in runs scored, walks, and OBP....no let up on the accelerator in subsequent years....labeled as the most complete player in baseball according to Sports Illustrated a honor sandwiched between back to back MVP awards in 1975 and 76....coinciding with back to back WS championships for the Queen City....personal area of expertise;  getting on base not only with hits but with walks (led NL 4 times) part of which resulting in top OBP 4 times in 5 years time.....Diminutive of stature defied skeptics with good power collecting 25+ homers several times and went yard 268 times in career....5X gold glove consecutive....named to All Star team eight straight occasions, 10X with the aforementioned time as an Astro.... Fast, second in NL stolen bases seven times...Act 3;  beginnings are debatable;  A slow down began starting in 1978 and 79 caused by injuries would result in a loss of BA and 25-30 contests....Or it starts in 1980 by signing with Astros for one year...no longer the superstar but a contributor bringing veteran influence to a playoff bound squad...moves on to San Francisco on a two year stint....a return to the bay area where he grew up....notably was able to secure silver slugger and comeback player of  the year awards in 1982...most dramatic was his home run on the last game of the 1982 regular season to knock rival Dodgers out of the pennant race....Logged in two more seasons, one with Phillies which reunited him with Pete Rose and Tony Perez plus giving him one last WS experience....hit .263 and twice went yard...Finished in hometown of Oakland in 1984 and accounted for himself with .244 BA at age 40....busy after retiring going into business, broadcast booth, MLB administration, and obtaining a long sought college degree....elected to HOF 1990 on first year eligibility.... only drawback of career was second lower tier post season hitting (.182 BA) although the high number of walks offset some of the futility....signature motion, an arm flap while batting to keep his elbow up. 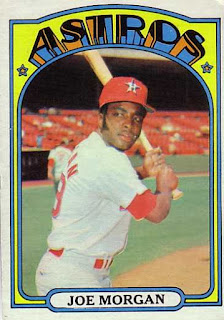 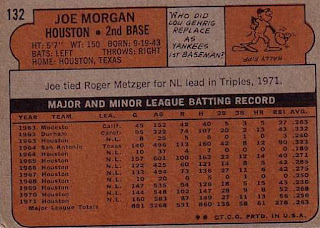