Known for “the play”....1969 Mets game 5 catch….in Met world no matter what happened before or after he is crowned forever a hero….A wunderkind associated with Mets franchise from 1964, being fast tracked to the bigs….sported a Topps Rookie Award for his 1965 debut….The card company possibly excited by his awe inspiring start of 9 home runs by May 8th…..overlooking his .228 BA in favor of his 19 dingers and 50 runs driven in….the accumulated four baggers in his debut were his career best….follow up year statistically near identical….career year 1967 was his third, hitting robust .281…..20 points better than any other effort and 39 points above his career mark of .242.….retains everyday status for 1968….come 1969 starts to wind down and settle into platoon staff as new kids with new and improved skills vied for his playing time….BA diminished accordingly to the .230 mark…..The island of respite comes in 1969 Series…..hits .400 based on 6 safeties but importantly was a double in game 5 that brought in the winning run….Maybe more significant was diving catch of liner that limited the damage of an Oriole rally in game 4….a redemption for years of being perceived as a defensive liability….target of roasting by Casey Stengle….A trade to the Expos and then Yankees within 1971 hammered home his confinement to reserve only role….did not benefit from new established AL DH rule which could have been key in more activity....BA floundered….last MLB at bat was 1973….Unsuccessfully tried out with Atlanta spring training 1974…..Balanced baseball and non baseball pursuits….notably the broadcast booth and sportscaster….appeared in 1999 episode of Everybody Loves Raymond with fellow 1969 Miracle Mets teammates….a writer too having wrote a memoir called “Here’s the Catch:….” 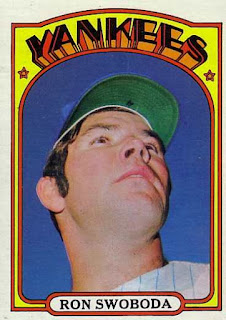 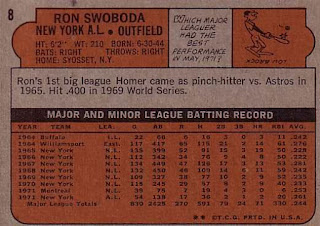