Intermittent superstar…reached MVP heights (1974)  then BA would drop dramatically, a phenomenon that took place a couple of times….after a couple less than stellar trials Burroughs makes good on his touted first draft pick in 1969 promise with 30 home runs in 1973….the first offensive threat for the Senator\Ranger franchise since the prime of Frank Howard…fine follow up in 1974 with AL best 118 RBIs and .301 average….rolled up MVP honors over the prime of the Oakland A’s lineup….drop off of 80 points in his BA 1975 while power numbers remain the same…another below standard season and Jeff is traded to Atlanta for 1977….. hitter’s park to his liking and Burrough is revitalized with 41 HRs, 114 RBI, and .271 BA….opposing pitcher got wise next season trying to pitch around Jeff….the move cuts into his run production but leads the NL in walks and on base %....1979 Burrough’s numbers drop again….this time while he comes back he is never the force with run production at about one-half and BA hovering near .260 making stops in Seattle and Oakland…wraps up his last year 1985 in Toronto….made a name for himself after playing as a  highly successful Little League coach winning back to back World Titles with his son and eventual big leaguer Sean his star player. 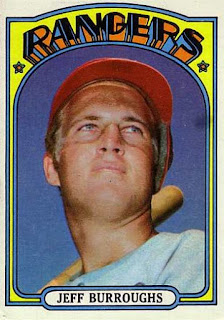 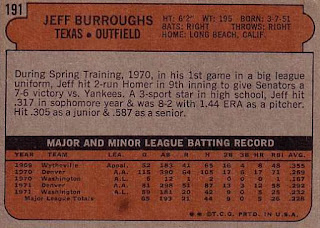 Floating Heads!!!....Unique style of card takes the forefront of the storied franchise….so famous for long dry spell of world championship with words like Bartman, Leon Duram,  and 1969 echoing in their collective conscience …the futility curse broken in 2016 after 108 years in 2016….won back to WS in 1907 and 1908 a year prior to that a tie for the WS title…..beloved on the North side of Chicago drawing the ire of Milwaukee, St Louis, and White Sox faithful…like many of the original NL team the teams acquired various monikers, as has its home turf Wrigley Field (which was first built for a Federal League team in 1914)…Despite stadium small confines the team represents  large market club….brought  by marketing and cable TV…..last team to not have lights in their stadium, possibly to their disadvantage over long summers….team of fluctuations; made a 28 game improvement from 1966 to 67, a 25 game upgrade in 1893 to 1984…. Loveable losers although the franchise has a winning record by 500 games…..The greatest exclusive Cubs Ernie Banks, Near exclusive HOFer’s Anson, Santo, Jenkins, Billy Williams, Sandberg, Sutter….by in large existing teams formed in 1876, records are confined to past….the change in the batting record is primarily Sammy Sosa multiple 60+ home run years, beat out the formidable mark of Hack Wilson’s set at 56….depending on how one feels about home run records in the age of steroids, Wilson’s mark may stand….Pitching Ted Abernathy mark of 84 is now tied with two others (surprising) and Rick "don't call me Stu" Sutcliffe’s 1984 mark of 16-1 with the Cubs should be best win %....home to the Tinker, Evers, to Chance fame...presently second in all time franchise wins could take over top spot with a few more good years. 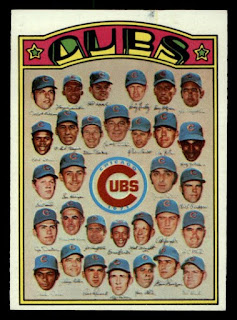 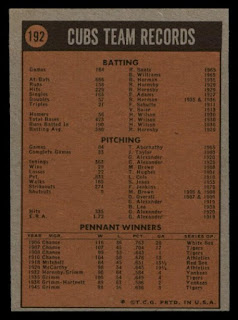 Career bench player….Versatility stock and trade… Fast forward many years, his name would come up a surprising, yet minor WS footnote  in losing cause….well traveled with journey stopping at Cleveland, Kansas City, Pittsburgh, back to KC, Milwaukee, Seattle (never played), Texas, San Diego, Pirates (again), and ending with Padres (again)….closest to regular work was with the Padres 1979 and hit .251….best season was as a reserve on 1977 Texas Rangers team….hit .333 and 28 RBIs in 104 plate appearances….also impressive given he was released by the expansionist Mariners….near end of his career hit 2 homers and 2 doubles against the Tigers in 1984 WS….had only hit .200 during the regular season…an award winning player; 1975 won the first ever Topps bubble gum blowing contest. 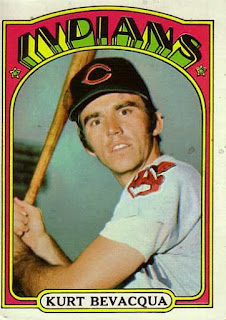 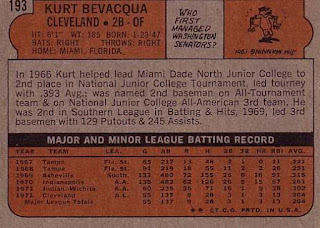 Good things come for those who wait….a long yet uneven career but made good by  perseverance …in and out of different levels of minors for 10 seasons with MLB trials…even in minors rarely stayed with one team…. doesn’t win first game until 1970  nine seasons after his MLB debut in 1962….salvation to regular rotation comes in the form help wanted sign posted by San Diego….Norman posts a lopsided 3-12 record but his 3.34 shows impressive pitching skills and bad luck via poor run support (the Padres run production dropped by nearly a total of 200 runs from previous season)….able to win more(9) in 1972 and establishes himself as a workhorse who can go deep into games possibly (6 times) shutting out the competition as his only way to win …. 1973 starts rough with 1-7 mark…traded/sold to Reds where he is able the season with overall 13-13 slate….what follows is 6 years of double figure wins contributing to perennial Red pennant drives….consistent with little variability in ERA with 11-14 wins….1980 signed as a free by Montreal where spends his last year mostly in the bullpen in a season that confrontational and anticlimactic…lesson learned; you win when on a good team. 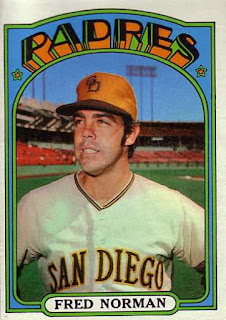 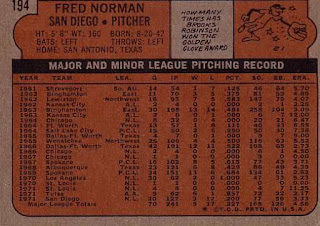 Baby Bull….never played healthy here on out but oh so effective when his knees were working…great number 5 time 100+ RBIs and 4 time 95+ RBIs….few have ever broken out of the gate better….With no previous call ups by Giants franchise Cepeda rolls to the ROY honor 1958….the bull continued unimpeded for 7 season finish 1954 with a .309 BA, 222 home runs, 747 RBIs….six straight all star teams beginning 1959….led NL in home runs and RBI 1961….productive but not harmonious with management ….all fell apart in 1965 with Orlando’s much troublesome knee gave out relegating him to mostly pinch hitting….Cepeda starts his comeback with the Giants but traded mid-season transaction….swapped straight up for Ray Sadecki …although he did not meet the production  bar set in the early 60’s Orlando was able to hit over .300 for the year….1967 he returns in full and became NL best overall hitter leading the Cardinals to a championship and taking all 1st place NL MVP votes….a down year in 1968 led to a straight up with Atlanta for Joe Torre…Cepeda delivers again particularly in 1970 when he produces number his early SF days…On his way to good 1971 when other knee failed midseason….used sparingly by Braves 1972 and traded to Oakland where he got just 3 at bats….the designated hitter saves the released Cepeda for deployment with the Red Sox…..registered decent hitting and was awarded top DH honors but was probably the slowest player in baseball….Red Sox youth movement ousted Orlando who had trouble finding work….eventually was able to catch on with the Royals but to little effect….first several years out of baseball were very difficult with a drug arrest and consequential financial trouble….eventually turned life around by aligning himself with the Giants organization…. Voted to HOF after 25 years. 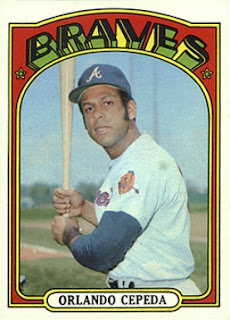 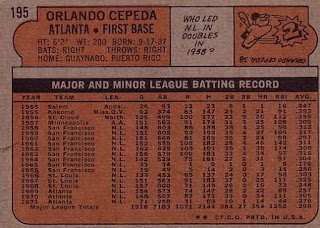 A rarity, a tale of two careers a combo outfielder/pitcher…Mel started out as an outfielder in the Cincinnati chain….showed excellent power in the minors 25 home runs in AAA San Diego….limited work during entirety of the Reds 1964 season resulted in only a .200 BA (did hit his only two home runs that year)….by 1966 became apparent he could not handle big league curveballs….on a second return to the majors gave pitching a try in mid season….kept playing in off season anywhere winter ball was played…moved paid out with an unexpected and positive 14 wins…had excellent control and six complete games…triumph was short lived with arm and fatigue issues following two years…aided by  cortisone steroid shots was able to make a limited role comeback with the Angel…his 1.97 ERA in 1971 was one of best AL marks over 50 innings…. Arm and body blew out early 1972….Mel was son of Mel Queen Sr….Wore almost every hat that baseball employment can offer….passed away from cancer in 2011 but had full adventures in baseball (see SABR page) 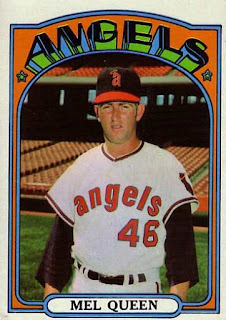 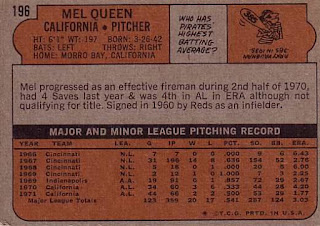 Posted by Douglas at 4:35 PM No comments:

All star side burns….a journeyman career….primarily a two team man with the second division teams Phillies and Brewers….had near equal at bats and BA for both franchises….Briggs tenure at Philly was longer initially starting in 1964….a bit player on the Collapse Kids team…Gradually gained playing time over several year achieving near regular status…Philly high point were .282 and .270  BA in 1966 and 1970 respectively….a poor start in 1971 led to trade to Brewers April 22nd, 1971….responded well to the change in scenery showing power not seen at Connie Mack Stadium….popped 21 homers that year and repeated that number in 1972 the start to 80 dingers for the Brew Crew….two more years in Milwaukee established himself as a regular in the Brewer outfield…His last season acquired by the Twins…split time at first base and outfield….at conclusion of 1975 play asked to be released to join the Japanese league….possibly motivated by the Twins successful experiment to move Rod Carew to 1st base. 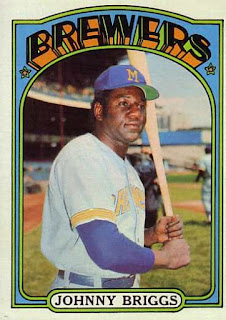 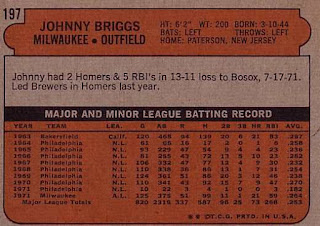