Carved out a modest career spanning 10 seasons....Five  team starting out with the outposts in the  Dodgers farm system....Called to LA for cups of coffee 1967and 1968.... made more permanent residence in 1969 moving up to 3rd starter status in 1970....After materializing 10 wins with his colleagues in Chavez Ravine in 1970 , was traded to Cleveland...So so by Lake Erie with a 8-12 record in 1971....Alan’s 1972 journey to California resulted in banishment to minors aside from 12 innings of work....Purchased on lark by Cardinals and responded with far and away best season at 13-9 and 200 innings....Did not repeat performance in 1974 with 7-10 record....traded to Padres as part of a veteran movement....floundering with 6 wins in two years in abbreviated action....claim to fame: could be the worst airbrush job of the entire 1972 set. 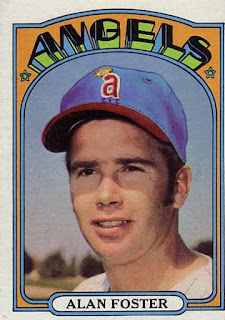 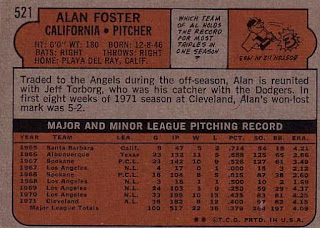 Posted by Douglas at 6:50 PM No comments:

The storied franchise....the team of dominant legends know by one moniker: #42, Vance, the Duke, PeeWee, Drysdale, Koufax, Garvey, and most recently Kershaw,....A team mythic only next to Yankees....Beginning in Brooklyn 1884....team had various monikers until 1931 when the Dodger name stuck....place of residence: 1913-1957 Ebbets Field....Legendary but nestled in a residential neighborhood with limited seating and poor parking....On the field the bums were typically very good but were snake bit come World Series time...spell was broken in 1955 with a victory over the Yankees....1958 negotiations new stadium fell through and with the promise of prime land and a new stadium and market, the team traveled west to Los Angeles....Convinced the NY Giants to follow suit to San Francisco...subsequently the 5 other World Championships....First championship was in 1959 was a cooperative effort with no one dominant player....the next two were carried on the left arm of Sandy Koufax in the years 1963 an d 1965...After Koufax's departure the team had to rebuild....The team was able to return to the World Series in 1974, 1977 and 1978 but came up short in all three....1981 were able to use strike shortened year and extract revenge against NYY....most recent  WS win was in 1988 topping the A's payback for 1974 loss....Only Duke Snider  home run record has been broken, three times and Shaun Green holds the top spot with 49....the only pitching record broken, as typical of most franchises,  is total games for Mike Marshall still holds the top spot with 104 set not so recently in 1974. 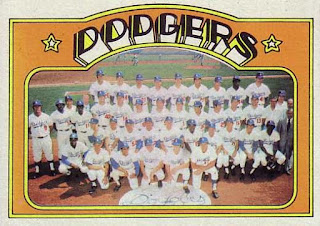 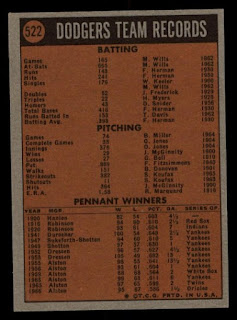 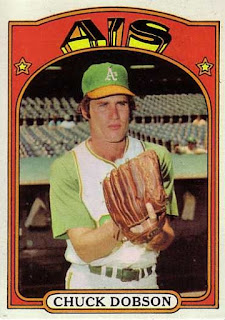 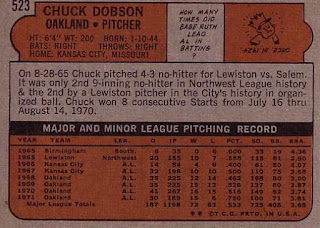 Posted by Douglas at 6:19 AM No comments:

Two players both very short careers...one would not make front page news for another three years....

Ed Armbrister....short, unremarkable career if wasn’t for one incident in 1975....Was batting in 1975 World Series hit a bunt  to advance runner, hesitates to go to first, Ed and catcher Carlton Fisk converge, once Fisk gets the ball over throws to second base winning the game for the Red....Incident is controversial to this day and the Red Sox of title for many years....Played sparingly for two years mostly as a defensive replacement.....245 Ba in 265 AB for a career....Ed is from Nassau, Bahamas, a place with a surprising poor baseball lineage unlike the nearby Dominican Republic.... 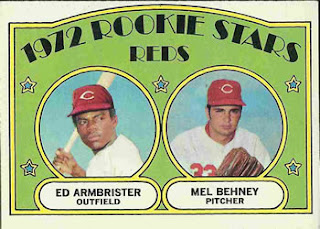 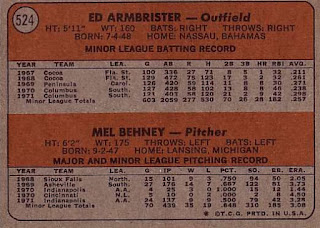 Younger brother of Lee May....but played in a different manner....more speed and line drives....a fixture in either the White Sox outfield or first base....most famous for being able to play effectively despite losing part of a thumb while in military service during his rookie year...Incident occurred in later 1969....that season infused a then traditionally hitting challenged team with a .281 BA and 18 home runs....from then on hit better for average in each season pinnacling in 1972 with .308....1973 BA dropped somewhat  but had career bests in home runs (20) and RBI (96)..... numbers became more pedestrian in subsequent seasons.....after poor start in 1976, exiled to Yankees where he was a semi regular as he brought his BA up to above lifetime average....could not repeat in 1977 as he served as a reserve....in 1978 took his bat to Japan were he feasted on pitching for 3 seasons. 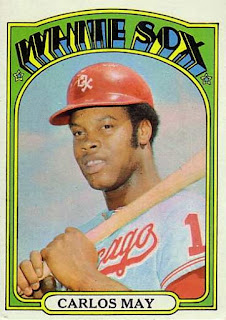 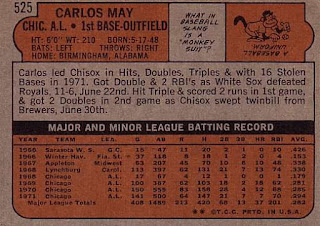 Journeyman 3rd baseman who put up solid yet unspectacular numbers....best years came about with expansion Expos.... Started in the early 60’s with Pittsburgh working his way to regular status and improving BA....hit .257 with the Bucs.... to Dodgers as the team was retooling after Koufax...Bob had strangely identical seasons 1967-68 hitting .227 in 322 ABs....experiment was failure for both LA and Pitt...When purchased to the Expos Bob squeezed in 85 games at 1st base after Don Clendenon vacated...for next couple of years was a positional vagabond.....splitting outfield and customary third base....Best season 1970 was an efficient effort and his OPS was one of best in league (but had too few at bats to be in top rankings)....thereafter had  years of 14, 16, 24, and 20 home runs....lost playing time starting in 1975....finished career as a reserve with Reds and Red Sox for three years...still showed pop in Cincinnati hitting .298 with 6 home runs in 124 At Bats for 1976 but did not play in the Reds post season. 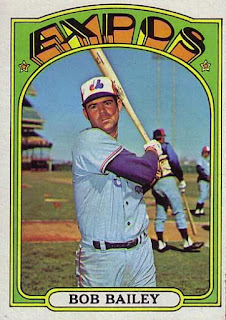 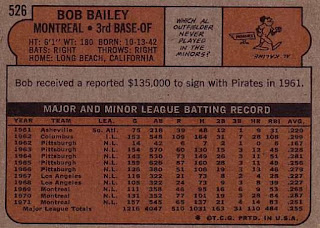 Posted by Douglas at 5:29 AM No comments:

A part timer...the occasional fifth starter....pitched well in first two seasons but never got enough starts to rack up major numbers....could be called a poor man’s Jim Palmer...  very impressive minor league journey including a 20 win season in AA, a feat unheard of in today’s game....after 1969 his career encountered considerable struggles...spent entire 1970 with the Birds but was not effective..... Spent a portion of 1971 in the minors and once up was able to bounce back with a ERA 2.80 but forgotten the milieu of 20 game winners that was the bird hill aces of 1971....1972 was similar to 1970 in he stayed for the full season but used very little....it was also his last season....was able to break free from Baltimore and try his luck with other team but spent three more years in minors without a return to the majors. 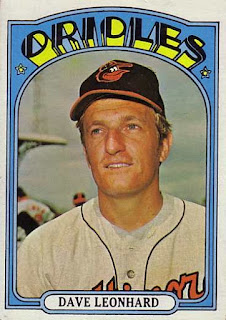 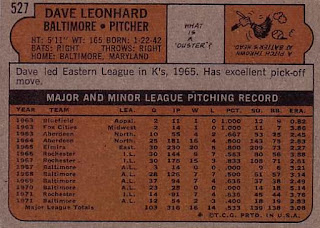 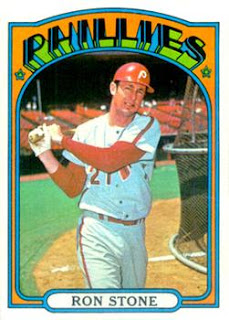 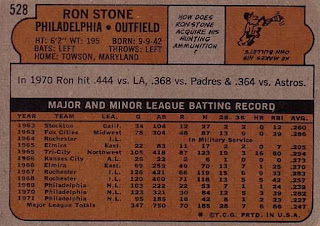 Line drive hitting speeder pressed into service at 3rd base, as the Senator franchise traded away traditional third basemen Ken McMullen and Aurelio Rodriguez...was more accustomed to playing 2nd base....which he did when he broke in 1968 in Cleveland as light hitting backup...for the two subsequent years had trouble hitting with both Indian and Senator clubs....started 1971 in AAA Denver but called up as newcomers Don Wert and Joe Foy were flops in DC….Was the Rangers regular in 1972 and unleashed speed stealing 51 bases….Deficit was hitting .2296….Returned to his natural 2nd base in 1973 and responded with a career season .286 BA and all star berth….BA plunged by 50 points in 1974….injuries limited playing in 1975….traded to Royals for Nelson Briles…little used back up finishing his playing in 1977….continue in baseball with multiple roles and teams most recently pregame commentator for Milwaukee Brewer telecasts. 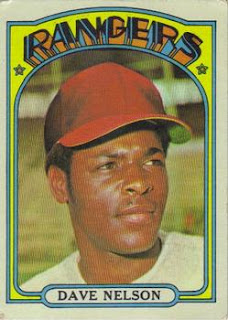 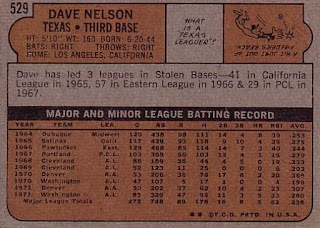