Old school....righthander professional introduction 1954 ....Product of Dodgers system….won 19 games for AAA St Paul but wasn’t called up for the last days in Brooklyn….Got the early season call up as a first year LA Dodger…..early on used his 6’5” frame as leverage to throw heaters and fireballs but control and walks were his Achilles heel…..swing man two years then enters the rotation in 1960….upside averaged 14 notches on the victory column 3 seasons placing him 3rd or 4th on team win list…..down side were the high walks, no more than in the case of blown lead on 165th game of 1962….Rival Giants opposed to the Dodgers in a three game set for title for  NL crown….Williams was the fall guy with two walks and a wild pitch participating in 9th inning bullpen melt down blowing game and championship….Possibly alienated LA sends Stan to NYY….while staying with a top flight his status is downgraded to 5th  starter and mop up assignments….Sold to Cleveland prior to 1965 campaign….stumbled badly out of the gate….accepted demotion to minors and stayed for nearly three years…..re-emerged back with Indians with strong efforts for the last third of 1967 and all of 1968…..a regression prompted a return trip to the twin cities…..had an exceptional 1970 effort going 10-1 with a 1.99 ERA....but age showed in 1971 splitting time between Twins and Cardinals….Second year with Twins a train wreck but a mid season restart in St Louis gave pause to critics saying he was done….AKA “Big Daddy” enter 1972  giving it one more shot to rekindle his career for final time….didn’t return to the Redbirds….passed along to Red Sox….reassigned to AAA but had enough in the tank to put in his farewell innings with Boston…..immediately went into an extensive career as a pitching coach in major and minor level…..50 years in baseball….Best friends with Indian teammate Luis Tiant supporting him when he appeared washed up….passed away 2021 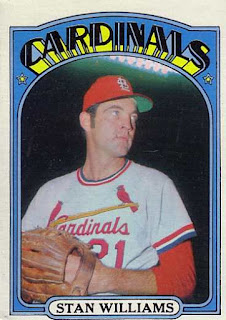 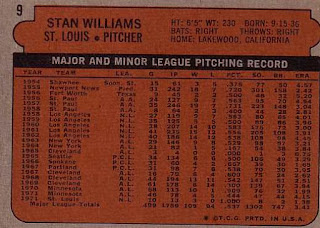